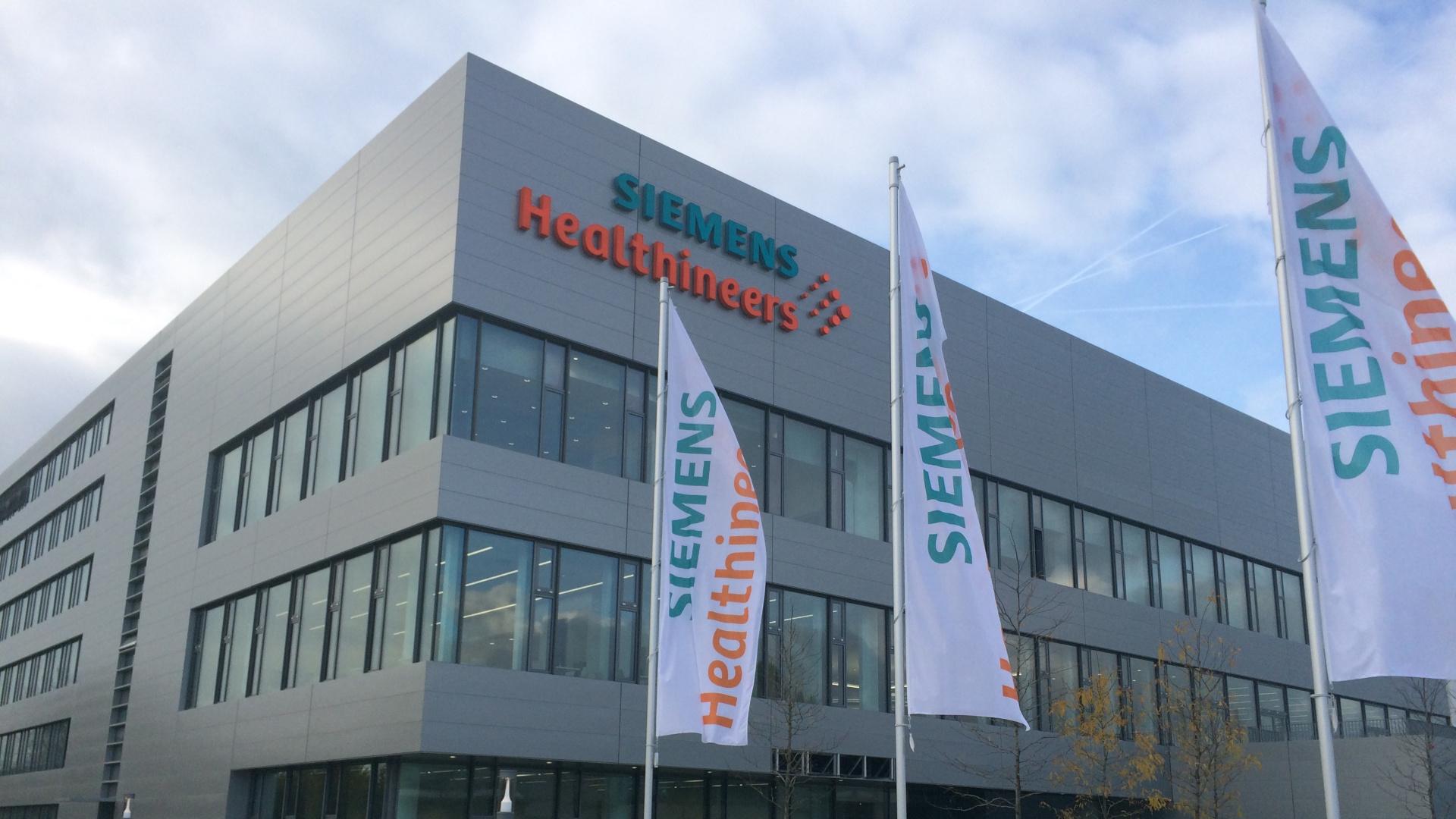 The Forchheim location will be reshaped as the Siemens Healthineers Campus

“With its IPO, Siemens Healthineers set itself the clear ambition to shape the future of healthcare. This forward-looking investment into the Forchheim campus is a critical milestone paying into this direction. It reinforces our claim to generate sustainable, profitable growth based on the strength of our market and technology leadership as well as demonstrating our commitment to our home market Germany”, said Michael Sen, Supervisory Board Chairman of Siemens Healthineers.

Siemens Healthineers is planning to expand its location in Forchheim in response to the continuing strong demand for medical imaging devices, in particular for CT scanners and x-ray applications. The new “Siemens Healthineers Campus” will consist of an ultra-modern factory for medical components and a new R&D and logistics center alongside the existing facilities. Siemens Healthineers will be investing around EUR 350 million in this project over the next five years. Construction at the site is scheduled to begin in 2020.

“This is one of the biggest investments ever made by Siemens Healthineers. Construction of this ultra-modern campus in Forchheim demonstrates our commitment to meeting the strong demand for imaging technology and will help us secure our position as an innovation and market leader”, stated Bernd Montag, CEO of Siemens Healthineers.

Production of x-ray tube assemblies and generators for x-ray machines is planned to begin in 2023. The new facilities will consist of 47,000 square meters, and the existing production for these components in Erlangen, with around 700 employees, will be relocated to Forchheim. The new state-of-the-art facility will make production less costly, enhance the quality of the products and provide adequate capacities for further growth.

The company currently has separate facilities for x-ray machines and generators in the neighboring city of Erlangen. Expansion of the production capacities at the existing locations is not possible due to a lack of space. Siemens Healthineers is therefore also expanding its Forchheim location by purchasing more land. The Forchheim city council already approved the preliminary planning application in October 2018. Buildings being vacated in Erlangen will be used for other purposes by Siemens Healthineers and Siemens AG in the future.

In addition to the production and administration buildings at the site, Siemens Healthineers plans to construct a test and development center at the Forchheim Campus. Construction of a car park for employees on the site is also planned. The pace of innovation and development and exploitation of synergy potential are to be accelerated and enhanced through the close interaction of the two production facilities and direct proximity to the business units. For example, CT scanners are to be built in Forchheim, thus shortening the supply channels for the x-ray tube assemblies and generators used in these products to a minimum in the future. Having the business units in the immediate vicinity will also improve coordination in the development and production of the equipment.

The headquarters of both the Diagnostic Imaging (DI) and Advanced Therapy (AT) business segments are currently located in Forchheim. The future Campus will consist of the existing production and administration buildings, along with the new development and production facilities for x-ray tube assemblies and generators.