Developments in imaging technologies such as breast MRI and automatic ultrasound may help to individualize cancer detection and improve survival. Key factors are multimodal, but time-saving, workflows that enable risk-adapted approaches on a routine basis.

The idea of personalized breast cancer screening could be widely adopted in clinical routine in the coming years. While current screening programs are still based almost exclusively on digital mammography, a dynamic shift can be observed, moving toward multimodal imaging workflows that take better account of individual disease risk and possibly detect more cancers with a lower error rate. This was illustrated by experts at the Breast Care Day, co-organized by Siemens Healthineers, at this year’s European Congress of Radiology (ECR) in Vienna.

There are two reasons for the trend toward diversification of screening: One is that several new imaging technologies have recently proven their usefulness for breast cancer detection – for example, tomosynthesis, automated 3D ultrasound, or diffusion-weighted MRI. The other is the growing awareness that the course of breast cancer not only varies between individual patients, but also brings with it individually specific requirements for image-based early detection.

Comprehensive, multiparametric breast MRI in a 39-year-old female with cancer of the left breast.

One already well-established example in medical care is the intensified screening of women with a particularly high genetic cancer risk. If mutations are present in the breast cancer genes BRCA1, BRCA2, or CHEK2, typical disease progressions and radiological characteristics can be identified, explained Chantal Van Ongeval of University Hospitals Leuven, Belgium, in her presentation at the ECR. Tumors resulting from a BRCA1 mutation that are often aggressive and appear early in life require regular MRI checks in carriers from the age of 30, while additional mammography plays a particularly important role in changes in the BRCA2 gene, said Van Ongeval. BRCA2 tumors often begin as ductal carcinoma in situ, which is typically accompanied by radiopaque microcalcifications and can then be easily detected by mammography.

Automated breast ultrasound could play a key role in the implementation of personalized screening workflows.

In general, MRI in combination with mammography forms the basis of screening in genetic high-risk constellations, with ultrasound as a supplementary method in certain cases, but by no means all of them, Van Ongeval explained. In a multimodality study, sonography even reduced the quality of radiological follow-up in women with regular MRI controls by increasing the number of false-positive findings without detecting additional tumors.[1]

Even outside specific genetic risk constellations, contrast-enhanced (dynamic) MRI could become more significant for cancer screening, possibly even proving to be an alternative to mammography in certain groups of the general population. “Population-based dynamic breast MRI is feasible,” emphasized Robin Bülow of Greifswald University Hospital, Germany, who presented long-term results of serial MRI examinations as part of the Study of Health in Pomerania [2] at the ECR. MRI is more sensitive compared with mammography, may allow longer screening intervals, and could be a cost-effective approach, especially for women between 45 and 49 years of age, although this has to be demonstrated in more precise analyses, said Bülow. 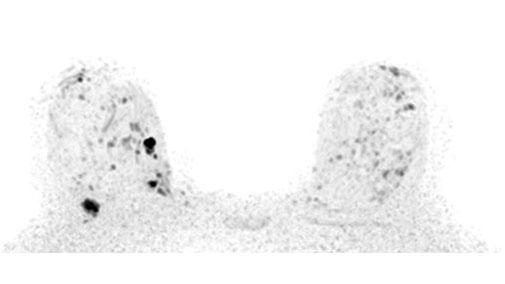 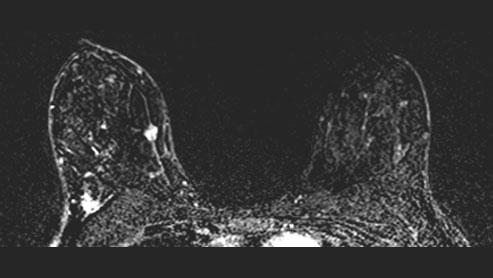 A limitation of dynamic MRI lies in possible side effects of the contrast agent, which require a specific risk assessment. This disadvantage is avoided by diffusion-weighted MRI – an advanced method that generates images based on the diffusion of water molecules in tissue. The approach can distinguish between benign and malignant lesions in the breast and sometimes even allows predictions of therapeutic success.

Recent proof-of-principle studies show that the benefits of the method can be further enhanced if the extensive image data is evaluated with the aid of artificial intelligence. AI-supported radiomic analyses can, for example, increase the specificity of screening and help to distinguish false-positive findings from real tumors.[3] Such image-data-driven approaches are likely to be increasingly incorporated into cancer detection.

In addition to advanced MR imaging, automated breast ultrasound could also play a key role in the implementation of personalized screening workflows. It is known that, with dense breast tissue, mammography is significantly more flawed and at the same time the risk of cancer is greater, which is why doctors then often perform additional ultrasound examinations. These, however, take time.

Professor André Grivegnée of Jules Bordet Institute in Brussels, Belgium, presented a workflow at the ECR that minimizes the additional effort and can be implemented in everyday routines. Accordingly, women with dense breasts are examined with an automated 3D ultrasound scanner immediately after mammography, whereby the standardized image data can be evaluated automatically with the aid of a computer algorithm. If the findings are not clearly negative, the radiologist then carries out a handheld sonography. In the case of any persisting ambiguities, an MRI or biopsy is eventually performed. Grivegnée’s team developed and tested this multimodal imaging algorithm as part of an EU project on personalized breast cancer screening.[4] 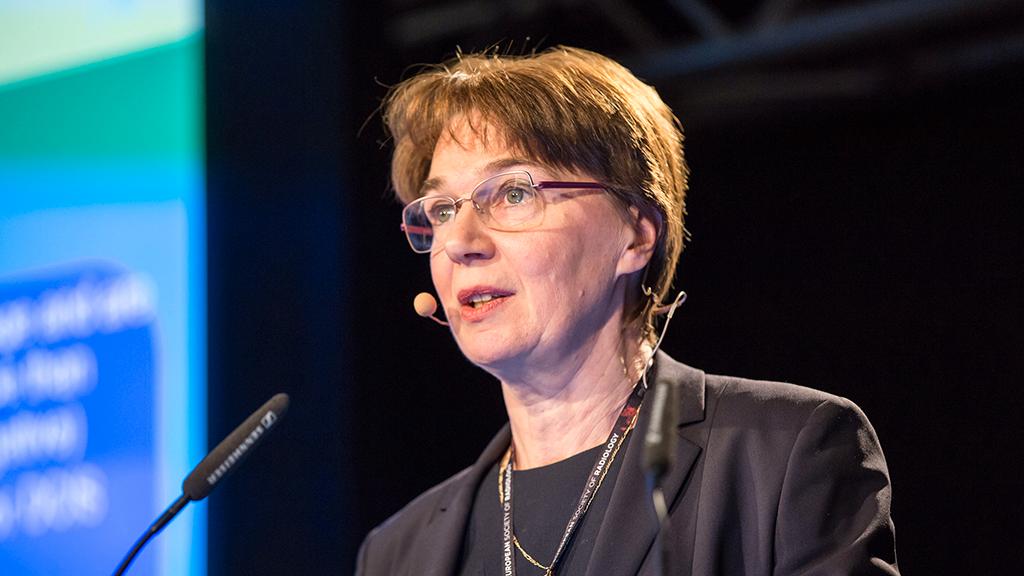 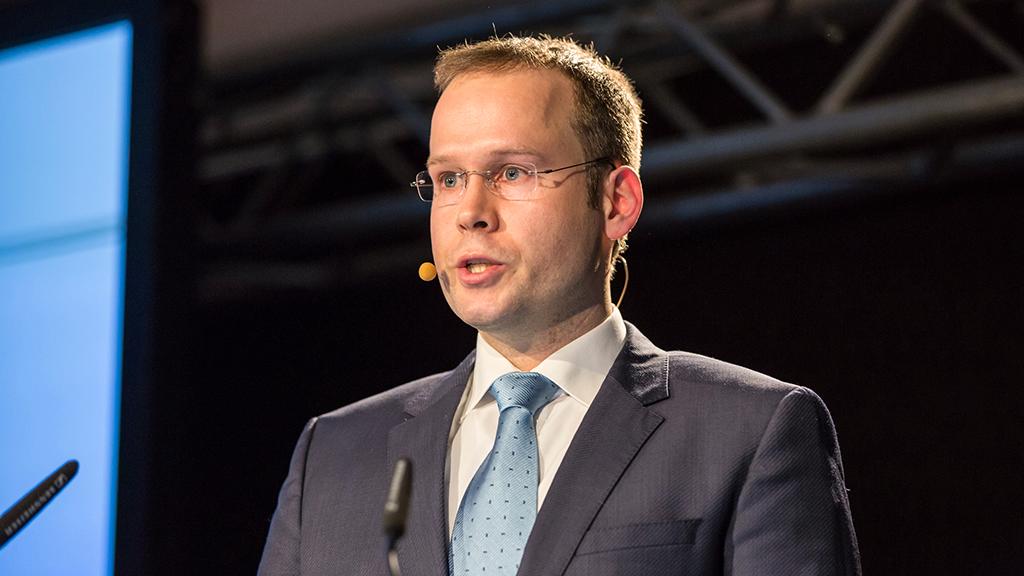 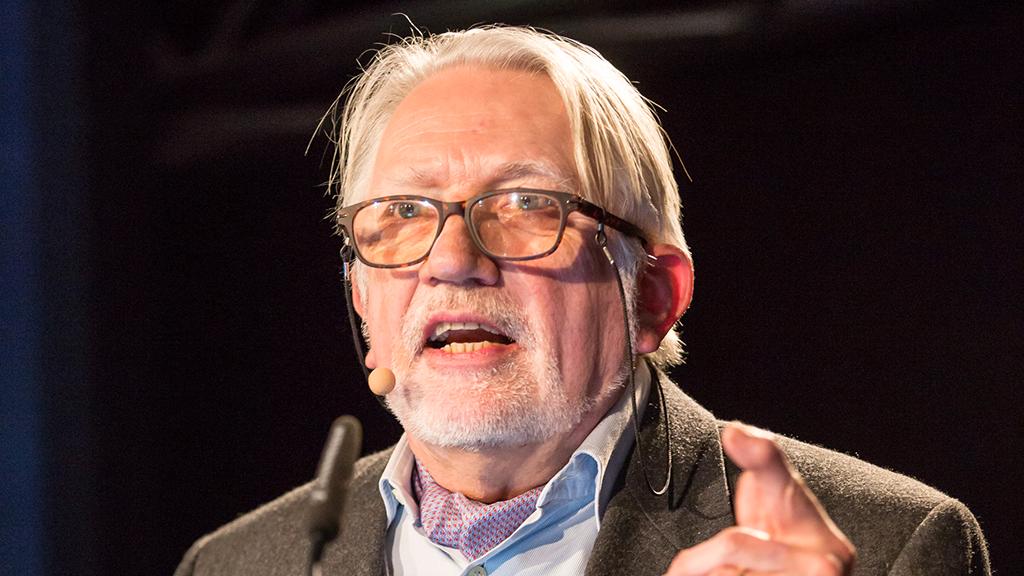 The benefits – and ultimately survival advantage – of more individualized, risk-adapted early cancer detection are to be clarified in a multinational study currently underway, in which Grivegnée and colleagues are also involved.[5] Depending on a personal risk score – including family history, breast density, and genetic information – participating women receive either a mammography only every four years, a mammography every one to two years with a possible additional ultrasound examination, or – at the highest risk level – an annual mammography and MRI. The assumption is that this graduated approach will lead to more effective cancer detection than existing screening programs. The first participants aged between 40 and 70 are to be included in the study by the end of 2018.

Martin Lindneris is an award-winning science writer based in Berlin, Germany. After completing his medical studies and a doctoral thesis in the history of medicine, he went into journalism. His articles have appeared in many major German and Swiss newspapers and magazines.